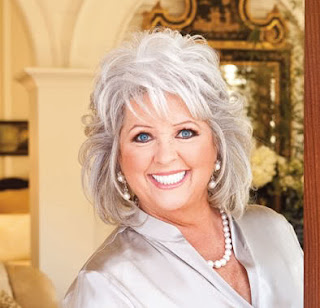 John 8:7
When they kept on questioning him, he straightened up and said to them, "Let any one of you who is without sin be the first to throw a stone at her."

By now, I'm sure most of us have heard the news about Food Network super star, Paula Deen.  She admitted in a deposition involving a lawsuit against her brother to having used the "N" word in the past.  The media reacted to this as if Paula had dropped an "A" bomb on an unsuspecting populace.

Clearly, any high-profile person needs to be particularly mindful of what comes out of their mouths.  And, I'll be the last one to condone labeling anyone of ANY ethnicity with a derogatory term.  But, honestly, can any of us claim we have never said or done something which we shouldn't have?  Things which we later came to regret?  Is there anyone of us out there who has not harbored a grudge, a misconception, or a prejudice against people who appear different from us?

Paula may have celebrity status, but, like the rest of us, she is only human.  She makes mistakes.  She, like everyone of us, is far from perfect.

Yet, there are those lined up with stones in their hands, gloating because the mighty have fallen. (2 Samuel 1:19)  Pointing to the speck in Paula's eye without first removing the plank from their own. (Matthew 7:5)

There are four reasons why I choose to come to Paula's defense.

She told the truth.  Paula did not have to admit to her shameful behavior in that deposition, but she chose honesty over saving her own skin.  For that, I admire her.

It happened in the PAST.  I have a closet which I call my "BBC" - Before Becoming Christian.  It contains more skeletons than Ezekiel saw on that dry, dusty desert.  (Ezekiel 37:1-11)  Do you have one of those, too?  I say Paula's past, and mine, are behind us.

She apologized.  Paula issued a video which you can watch here in which she publicly apologized for her indiscretions.  You can take this as being sincere or not, but she did say she was sorry.  I believe her.

She asked for forgiveness.  In this same video, Paula also asks for forgiveness for her past behaviors.  To ask forgiveness means one accepts the fact that one has sinned.  When Peter ask Jesus how many times he should forgive another, "Jesus answered, 'I tell you, not seven times, but seventy-seven times.'" (Matthew 18:22)  I forgive her.

But, not an hour passes after the release of this video when Food Network tersely announces that they will not renew Paula Deen's contract when it expires next month.  Boom!  Just like that!

Guess they couldn't stand all that heat in their kitchens . . .

Have you ever said or something which you regretted saying or doing?  Did you ask for forgiveness?

Will you pray with me?
Help us, Father, to always remember that not one of us is perfect, that we all sin and fall short of Your glory.  We thank You for sending Your Son, Christ Jesus, to die for our sins and forgive us our transgressions.  May we ever be quick to forgive others when they have wronged us, and to ask forgiveness when we have sinned against another.  Amen.
at June 25, 2013 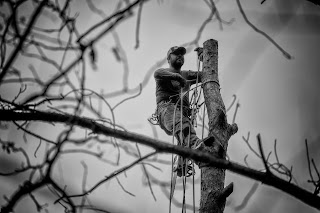