Who's Going to Get Your Vote? 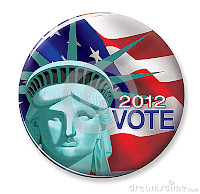 Romans 13:1
Let everyone be subject to the governing authorities, for there is no authority except that which God has established.  The authorities that exist have been established by God.

It's finally here!  Election Day!  And, if you haven't voted early, as my husband, Danny, and I have, you are planning ahead for a long line and a long time at your polling precinct today.

That's just the way it is with presidential elections.  Voters who haven't darkened the door of a voting booth in four years emerge vigorously from the woodwork.  I know if I were a politician, I'd want to be running on the presidential ballot.  Who doesn't want a fantastic turn out?

And, that's exactly what will happen today.

I don't know about all of you, but I'm so ready for the hype and hoopla, the jarring and sparring, to be over and done with.  I've had it up to my eyebrows with television and radio ads, calls for campaign donations, and the never-ending stream of political opinions espoused on Facebook and Twitter.

Will we be watching the election returns tonight?  Hmm.  Let me see . . .

Here we are in this gorgeous cabin, 3,000 feet up in the Nantahala Mountains. 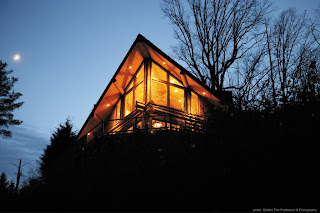 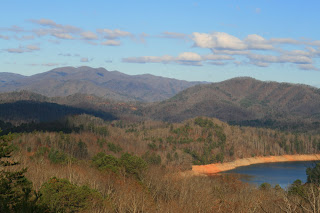 I don't think so!

That doesn't mean I won't be thinking about the election and praying for the outcome.  But, finding out who wins can wait until the morning.  After I've had my coffee.  After I've admired God's handiwork all around me.  After I have given thanks to Him.

Because, at the end of the day, now matter which candidate wins, I know that my Lord and my God has the ultimate victory.  There is no authority in heaven or on earth that He has not established.  And, I will pray to Him, "Thy will be done," trusting that He, not I, knows best.

Who gets my vote?

If you are a U. S. citizen and registered to vote, will you be voting today?

Will you join me in prayer?
As we cast our ballots today, Father, remind us that voting is not a right, it is a privilege.  Let us pray, "Thy will be done" in this election and in every facet of our lives.  We can rest in the promise, even in times of trial, that the final victory belongs to You and You alone.  Amen.
at November 06, 2012

(Virginia with wet hair after her shower and shampoo!) Then he went down to Capernaum, a town in Galilee, and on the Sabbath, he taught th... 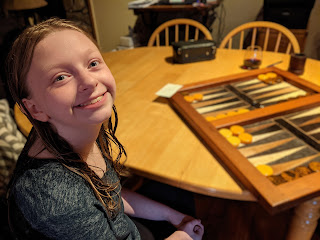