For the Least of These 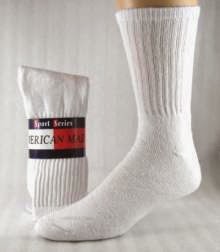 Matthew 25:40
"The King will reply, 'Truly I tell you, whatever you did for one of the least of these brothers and sisters of mine, you did for me.'"

On the days my husband, Danny, works at his office in downtown Atlanta, he always takes the commuter bus from our local park/ride.  This Wednesday past, as the bus approaches his stop, Danny notices an elderly man in a wheelchair feebly wending his way through the crosswalk to reach the other side of the street.  The poor fellow isn't half way there before the light changes to green and car drivers, stressed by the rush hour commute, honk their rude protests at this hapless and helpless man who can't manage to move any faster.

Before Danny departs the bus, he sees that the man has reached the curb and has landed his wheelchair there, but is unable to conquer it in order to reach the McDonald's which appears to be his destination.  Danny watches in disbelief as passerby after passerby witnesses this man's plight, yet ignores it, choosing to do nothing but pursue the goal of arriving to work on time.

Danny is determined to set things to right from the first glance of this older, grey-haired man.  He carefully crosses the street and approaches him confidently.  "It looks like you could use some help," he says with a smile.

"I sure could, " the man says gratefully.  "I'll take your bag if it will make it easier for you; put your gym bag in my lap with my belongings."

Danny gladly does so and heaves the front wheels of the chair onto the crosswalk with difficulty, coaxing the rear ones to follow.  "Are you headed for McDonald's?" Danny inquires.

"I think I have five, would that help?"

"Absolutely; I would really love some breakfast."

"I'll take care of you then," Danny says.

"I sure would appreciate that," the man admits, "but don't feel you have to."

Danny orders a generous platter of a steak and egg biscuit, hash browns, and coffee for the elderly gentleman whom he notes struggles painfully to remove himself from his wheelchair to establish his body less than comfortably onto a seat at a booth. It is only when Danny returns to the table with feast in hand that he notices the man has several teeth missing; teeth necessary for chewing the steak properly. He suffers a momentary pang of remorse for not having been more observant.  The gentleman, as he further notes, also wears a wrist band from the hospital from which he was no doubt just released, but is gratified to see how  he graciously dives into the hash browns.

"Thank you so much," the man says, his mouth full,  and although hesitant for a moment, bows his head and utters a prayer before taking another bite.  After he's eaten for a bit, the man reaches into his rucksack.  "I'd like to give you something for your trouble," he tells Danny, and pulls out a fresh, clean pair of athletic socks from a just opened bag.  Danny is reluctant to take anything from this poor man, but realizes this gesture means the world to him.  He accepts the socks with a heart-felt "thank you" and then excuses himself as he is already late for work.

When he arrives at his cubicle, Danny removes the new socks from a side pocket on his gym bag and places them in a desk drawer.  He works until lunch time when he routinely heads for the gym.  In the locker room, Danny opens his gym bag only to discover that he has forgotten to pack any athletic socks for his workout.  Instantly, he recalls the old man's gift; if only he had kept those socks in the gym bag pocket!

Danny has to smile.  That gift offered to him this morning which seemed so insignificant at the time now looms large and meaningfully.  The mystery man had held his bag and God had placed this gift before him to satisfy a need unknown. Danny is reminded that God provides always, even when we fail, at times, to see His hand at work in our lives.

And it is sometimes, in the least of these acts of kindness, when God's light and love shine the brightest.

Have you ever had an experience similar to Danny's?  Please share in the comments!

Prayer:  Father, let us remember that there is no act of kindness too small that it cannot reflect Your amazing love and generosity.  May we do to others, even the seemingly least of these, as we would have them do to us.  Bless that elder gentleman, surround him with Your love, and grant him Your peace.  In Jesus' name, we pray.  Amen.

Meditations of My Heart will be on hiatus next week.  I hope to see you back here on Tuesday, May 19, for the next post.  God bless and Happy Mothers' Day!
at May 08, 2015 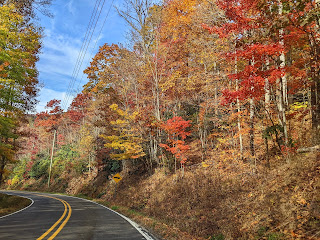