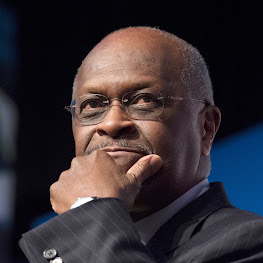 Isaiah 6:8
Then I heard the voice of the Lord saying, "Whom shall I send?  And who will go for us?"
And I said, "Here am I.  Send me."
There are generally three kinds of people in the world. People who make things happen, people who watch things happen, and people who say, what in the heck happened?~Herman Cain
Those that's goin', get on the wagon; those that ain't, get out of the way! ~Herman Cain quoting his grandfather's wisdom.
My heart broke this past week when I learned of the untimely passing of Herman Cain.  I was a devout follower of his talk show here in Atlanta, which he hosted for many years, a staunch supporter of his 2012 presidential bid, and a beneficiary of his Christian wisdom, wit and candor.  An eternal optimist, Herman always focused on solutions, not the problems.  I will miss him greatly, and I pray the the Lord will comfort his family at this time, and grant them His infinite peace.
Mr. Cain, you were a national treasure, and you will be mourned by so many, for many years to come.
All That Matters
His voice was silenced
All too soon
His wisdom denied
For new generation
Seeking healing
Courage to face
Life's challenges
He was brave
Beyond the pale
Unafraid
To speak truth
In love
Because the truth
Was all
That mattered
And truth should be
All that matters
To all of us
Amen.
at August 03, 2020

Paul, an apostle of Christ Jesus, by the will of God, to God's holy people in Ephesus, the faithful in Christ Jesus:  Grace and peace ... 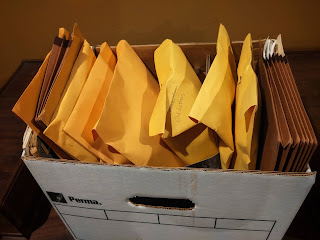