You're Cutting! No Fair! 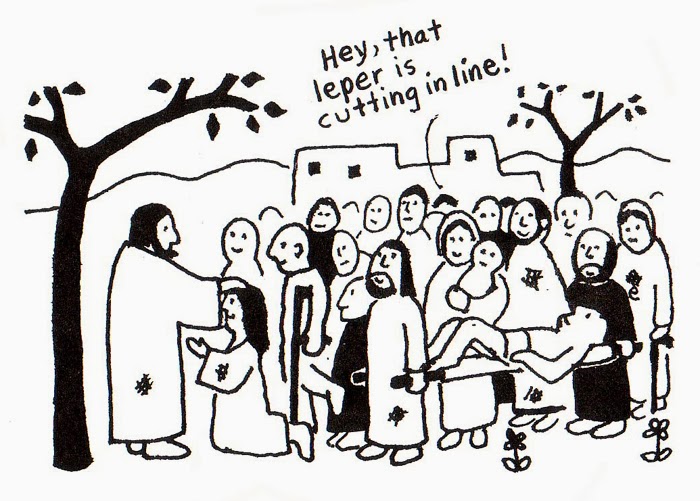 James 1:22-24
Do not merely listen to the word, and so deceive yourselves.  Do what it says.  Anyone who listens to the word but does not do what it says is like someone who looks at his face in a mirror and, after looking at himself, goes away and immediately forgets what he looks like.

In the ten years I've known my husband, Danny, he's been sick only twice.  The second time happens this past weekend.  Feeling woozy on Friday, Danny wakes Saturday morning to a fever of 101.  He decides right then and there to see a doctor, so off to Urgent Care he goes.  (Yes, I do offer to drive him, but Danny assures me he's clear-headed enough to take himself there.)

Danny arrives at Urgent Care at 8:30, thirty minutes before the doors are scheduled to open.  He is the first patient there.  Not long after, a pickup truck carrying a husband and wife cruises in and parks next to him.  What Danny doesn't see is the third vehicle pulling up on the other side of the truck which blocks his view.

Ah!  At long last!  Danny sees the receptionist approaching the glass doors.  She's unlocking them!  Relief is in sight!

As Danny and the couple in the truck open their doors, they can't believe their eyes.  A woman, the occupant of the third car, is making a mad dash for the entrance.  She wants to be first!  Danny and the couple exchange looks of surprise and disgruntled comments as they follow in her wake.

When they get inside the office, the receptionist waves to Danny to step up to her window and sign in.  Softly, she says, "You were here first, so the doctor will see you first."

Danny leans forward, gives an almost imperceptible nod in the direction of Miss Third Car, and asks discreetly, "Does this sort of thing happen a lot around here?  People cutting in line?"

"You wouldn't believe how often it happens," the receptionist confides, and, with a sly smile, adds, "little do these folks know I'm always watching for the order in which patients arrive.  It's what I do.  Cutting in line is simply not fair."

Danny sees the doctor, is given two prescriptions, and heads out the door with a friendly and grateful wave to the observant receptionist.  Walking toward his car, something on the woman-who-would-be-first's car catches his eye.  Curious, he strolls over to see what it could be.

"It was one of those car magnets," Danny tells me when he gets home.  "And, you won't believe what it pictured."

"It was a manger scene."

We can attend church.  We can listen to the Word.  We can read the Word.  But, if we fail to do what it says, can we even begin to call ourselves Christians?  What if that couple in the pickup truck were not practicing Christians?  Do you think that if they, too, saw the manger scene on the woman's car, and recalled her selfish behavior, that they would move one step closer to salvation?

This woman's actions spoke louder than any words spoken, or any magnet she could place on her car.  Maybe, she cut in line because she was feeling so badly that morning.  Maybe, that's not typical of her behavior when all is well in her world.

We can only hope.

Prayer:  Help us to remember, Father, to not only listen to Your Word, but to do what it says, for faith without works is dead.  May we, by our example, be a shining light for Jesus in this hurting world, and may we ever place the needs of others before our own no matter what pain we might be enduring at the time.  Amen. 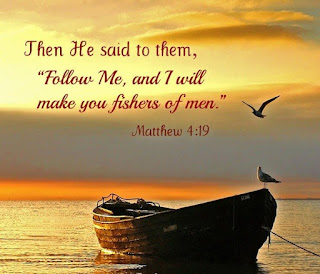